Sarah is an antagonist from Natsuki Chronicles. She is the second enemy of the game and the first female antagonist the player encounters.

She is the leader of an environmentalist group that opposes the terraforming of Seven Tier. With the help of a backdoor deal with Mirror Shield Company, the environmentalist group gathered a large assault force to destroy the Vegetation Plant. She pilots a helicopter-like vehicle as the second boss of the game.

During her battle with Natsuki Sugiura, she tries to stop her telling her that Magni Corp. is planning to rule over Seven Tier and both MSS and RDF are involved. However, she dies after being shot down, leaving Natsuki with more thoughts in her mind. 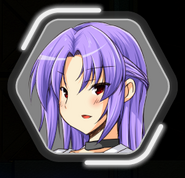 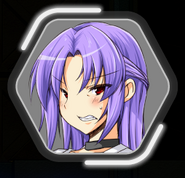 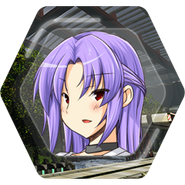 "The Shadow of Terraforming" Trophy